You all know me and my family love a trip to Cockfields Farm. Over the summer we’ve had a couple of fab days out there. We visited last year for their Christmas Experience, so when me and my family got invited to come and visit this year I was over the moon and so excited!

I have to admit, I couldn’t see how they were going to improve on last year’s experience! We had an amazing time and my eldest still talks about it now. 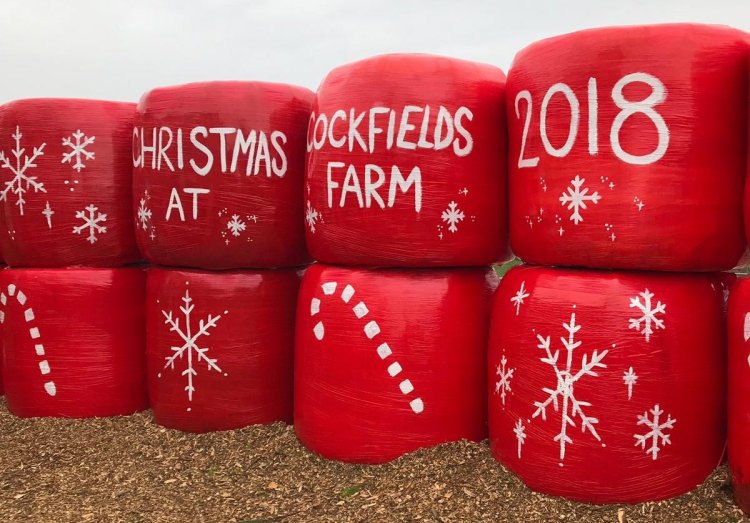 We arrived about 15 minutes before our slot and headed to the departure lounge, where the children were given a passport each and we waited for our very own Elf to come and take us to the North Pole!

We were soon on our journey and our first stop was the Elves Workshop. We remembered this from the previous year, although it was bigger and better. The workshop was very Christmassy, full of lights and music. Two eleves helped us make our bears, then they had the children up on their feet dancing and having lots of fun! 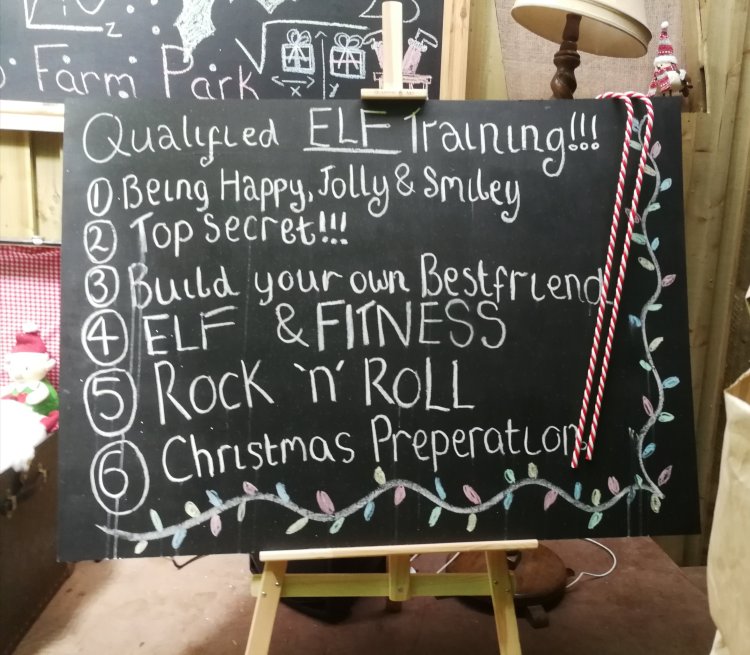 We waved good bye to the Elves and we headed through the door to a post room with a giant post box! The Elf in charge of all Santa’s letter explained that the children can write a letter to Santa himself, get it stamped and post it themselves!

My three wrote special letters to Father Christmas and even drew some lovely pictures before taking their letters to the postman Elf for stamping. 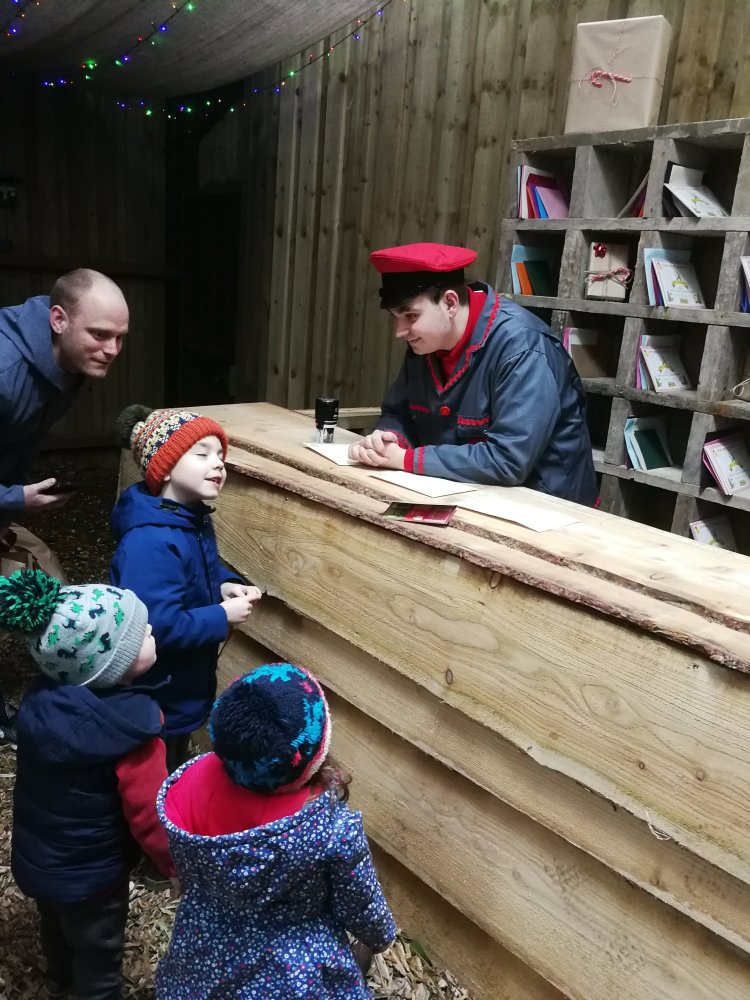 This Elf was extremely friendly and spoke to each child individually, asking them what they’d written on their letter and if they’d been good etc. It was lovely, it really added something personal to the experience. This was brand new and an improvement on last year’s event.

They got their letters stamped and even recieved a certificate as they’d completed Elf training! All that was left to do was to post their letters! 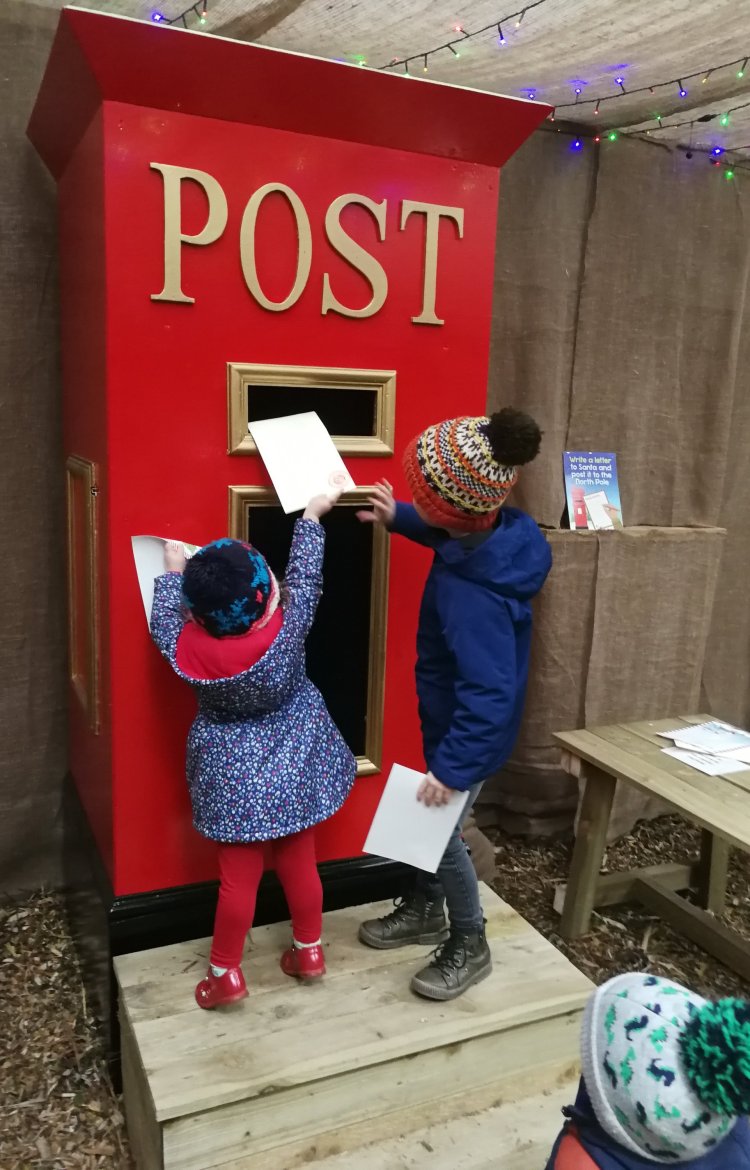 Next on our journey was to Mrs Claus’s kitchen, a favourite of mine from last year and still is now. The room is decorated beautifully, nice and cosy. Mrs Claus is sat in the corner and welcomes the children to sit around her for a lovely Christmas story. 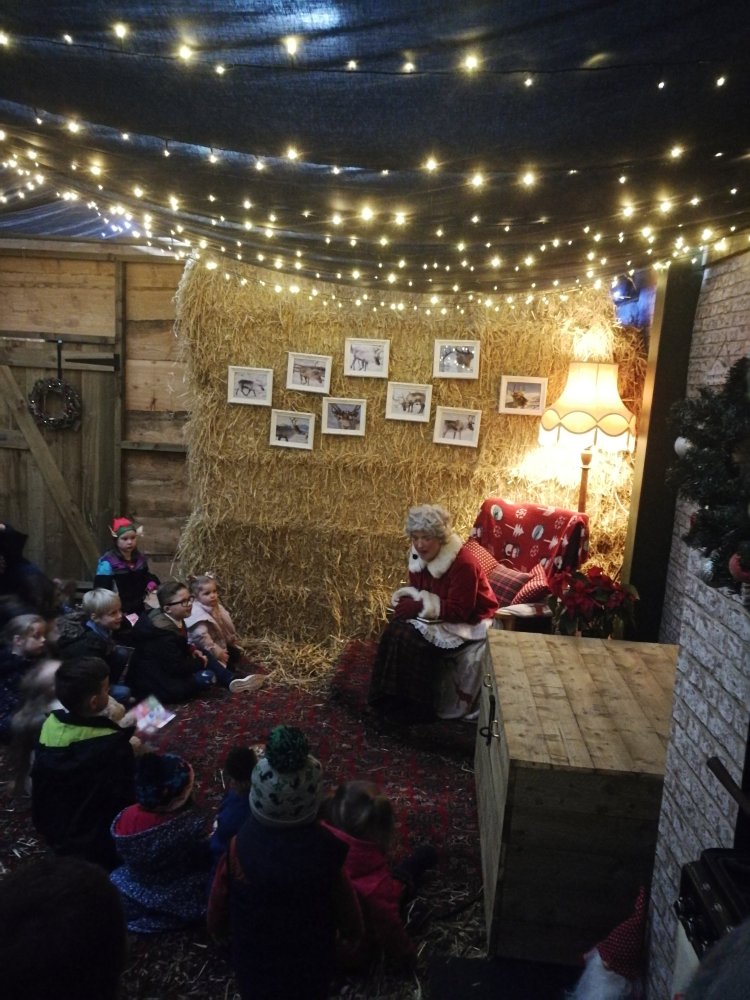 After storytelling, the kids get to decorate a Gingerbread Man each, whilst us grown-ups enjoyed a mulled wine and Mince pie! Yummy! 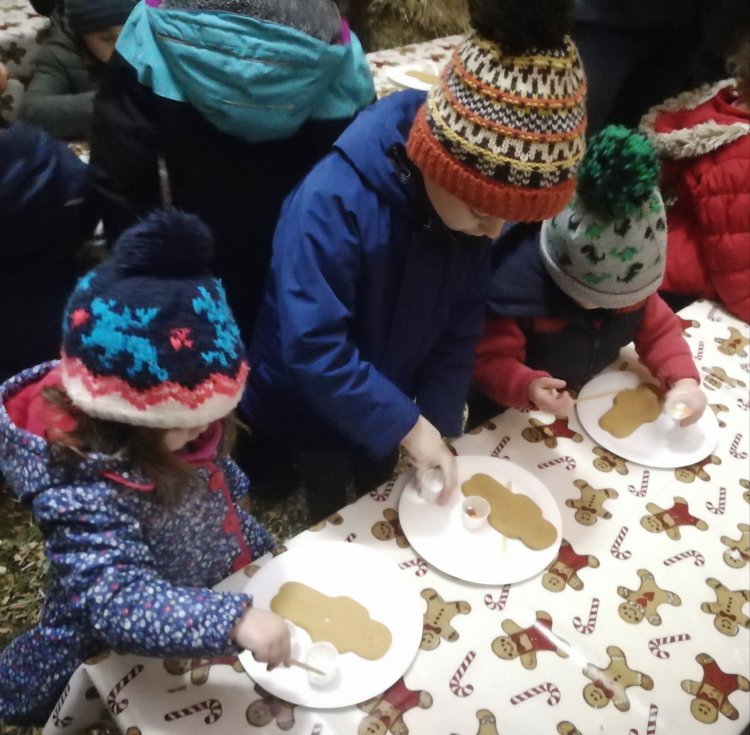 Before moving on, Mrs Claus had photographs with the children, she was very friendly and the kids loved her. 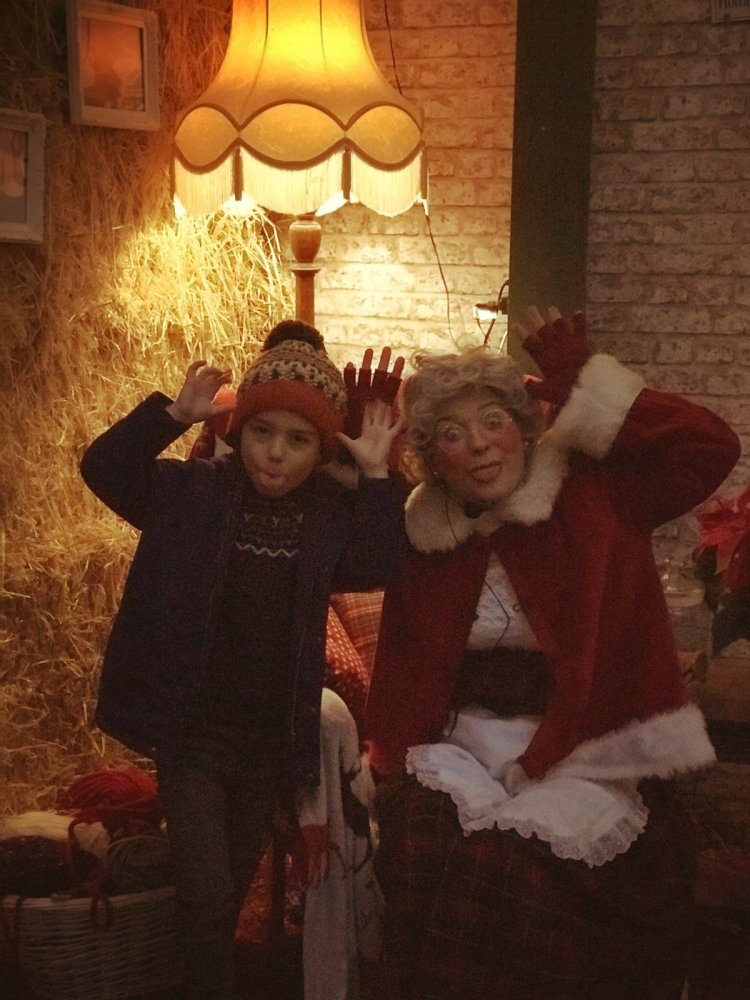 The next part of our journey was brand new, we followed a path to the sweet shop! We passed cute little shops and houses, with funny Elf nanes- such as Elfridges! There was also a Dummy Tree for anyone with little ones who wanted to leave their dummies for Father Christmas! 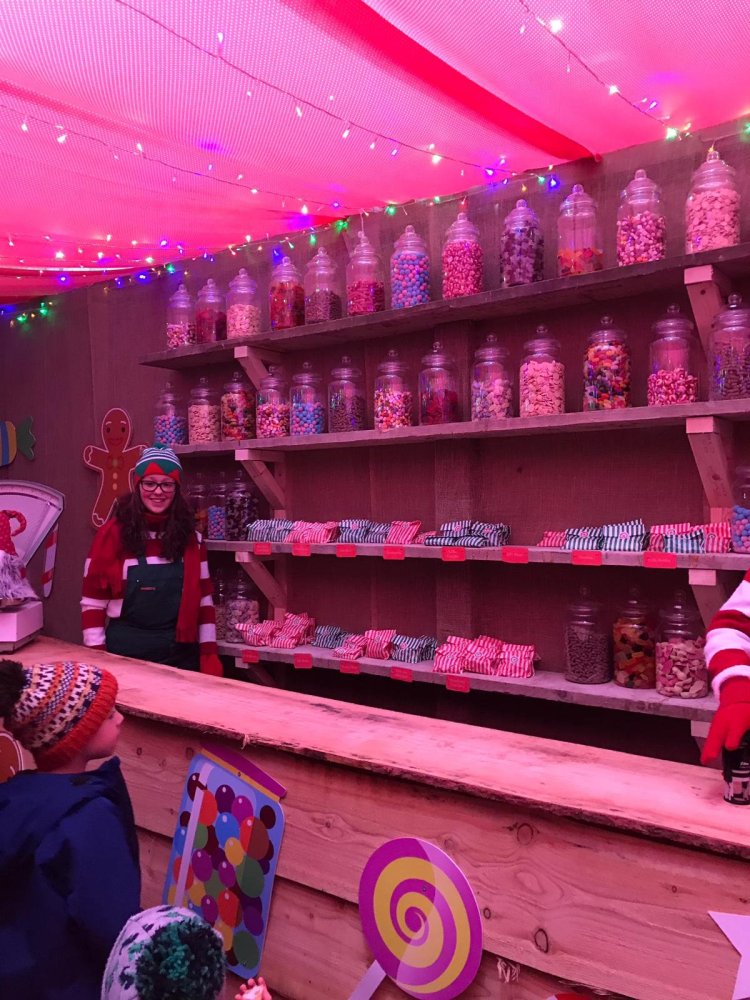 The best part was obviously the sweet shop itself! The kids got to pick a bag of sweets each, whichever ones they wanted!

As we left the sweet shop we entered Santa’s Stable. My three children got even more excited than they were as they knew they’d be seeing Santa soon.

An Elf took our passports as we entered and explained that we’d be called when it was our turn to see Santa! A brilliant idea I thought. Last year we just had to stand in a queue and wait but not this year!

Santa’s Stables had real Reindeer and some cute fluffy bunnies to stroke to the delight of my children. 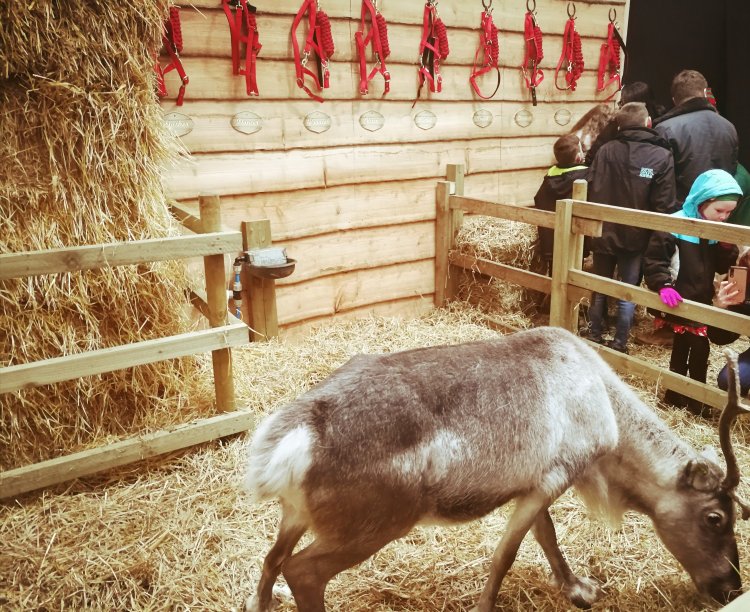 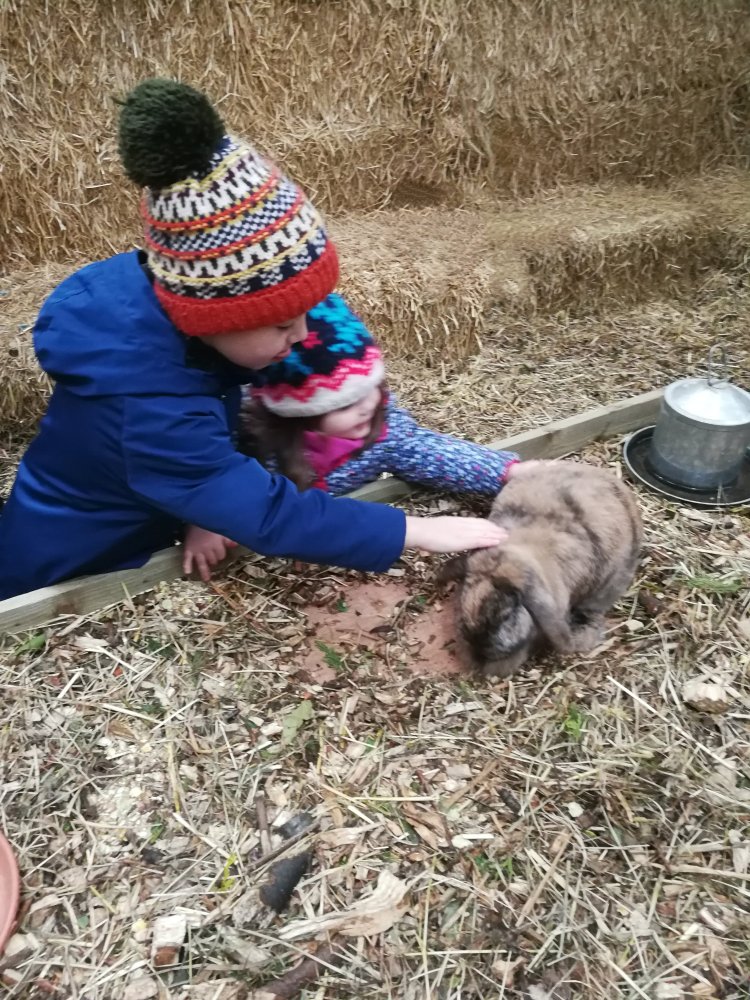 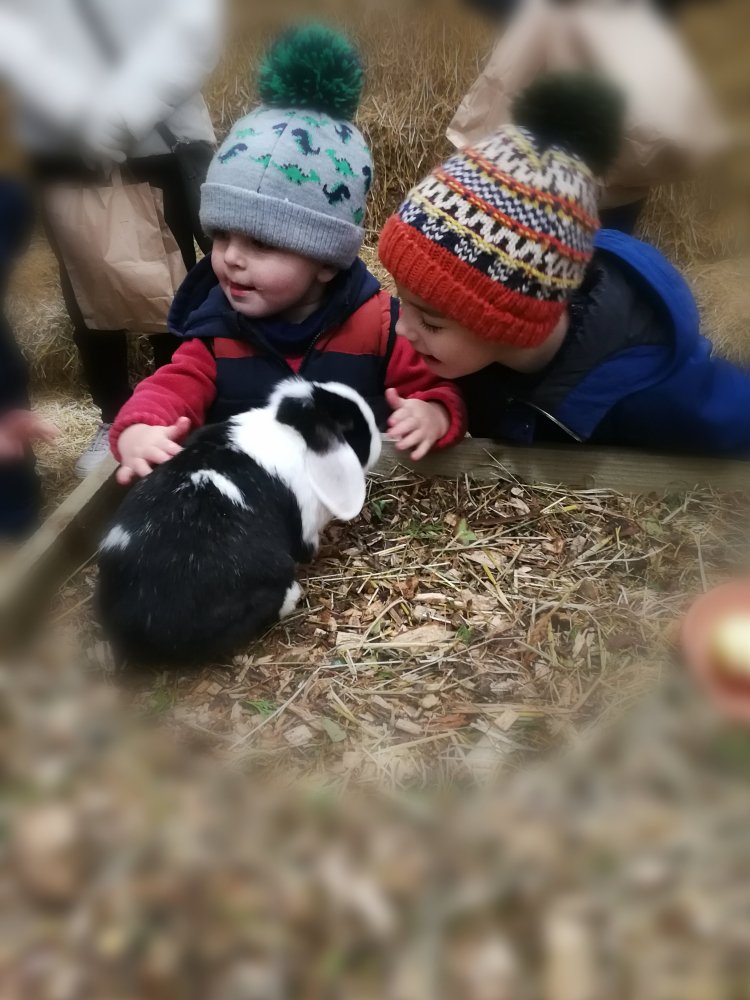 Every few minutes children were called for Santa, we didn’t feel like we were queuing as the kids were enjoying themselves so much.

My three were soon called and we followed an Elf to where Santa was. We all entered a lovely Christmassy room, where Santa was sat in the corner. He welcomed the children, by name which impressed me! He knew which child was called what and it was a such a special touch as my 6 year old picked up on it as we left. He mentioned that he must have been the real Santa as he knew who was who without being told.

Santa was very warm and friendly and spoke to each of my children, asking if they’d been good and what things they like to play with.

They all posed for a photo or few, even daddy had a photo (check out my Facebook or Instagram for the funny photo!) 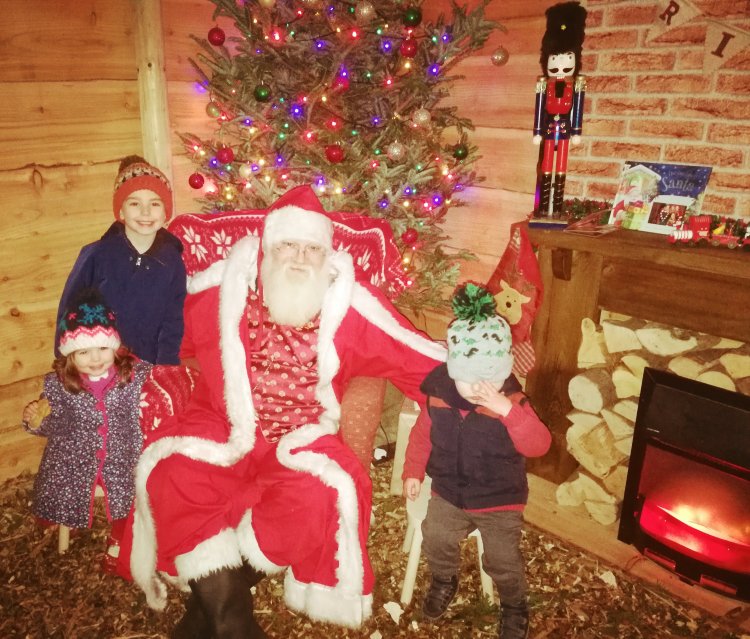 After handing them all a special golden coin each to spend in Santa’s toy shop, we said goodbye to Santa and he even gave them all a high five!

Just like last year there’s a wide range of toys to choose from in the toy shop, from soft toys to trains to art sets.

Even though we had a fantastic time last year, this year exceeded all expectations. It was truly magical and lovely to watch the faces of our little ones.

There’s still time to book your tickets now! All the details can be found here.