Everyone’s heard of the mobile game and movie Angry Birds right? Did you know Angry Birds have been around almost 10 years?!

When I got asked would my eldest be interested in reviewing a couple of Angry Bird toys, I knew Joshua would be excited! He loves playing the game on my tablet and he loved the first film. Angry Birds 2 was released into cinemas this month and to celebrate this we were sent a toy bundle to check out what’s new!

Joshua was very excited! We were sent a surprise blind bag, a 5 figure-game pack and a medium sized plush soft toy by the toy company Jazwares. My 7 year old thought they were all super cool, he hasn’t stopped playing with the game pack. He’s even made his own game with the little figures. Each colourful figure has a button on the bottom, watch them change right before your eyes! You won’t like them when their angry!

The plush soft toy we received was very cute, Joshua loves it as it makes lots of grunting noises! A perfect gift for any fan.

It’s now a firm favourite soft toy of his and he keeps it in his bed. 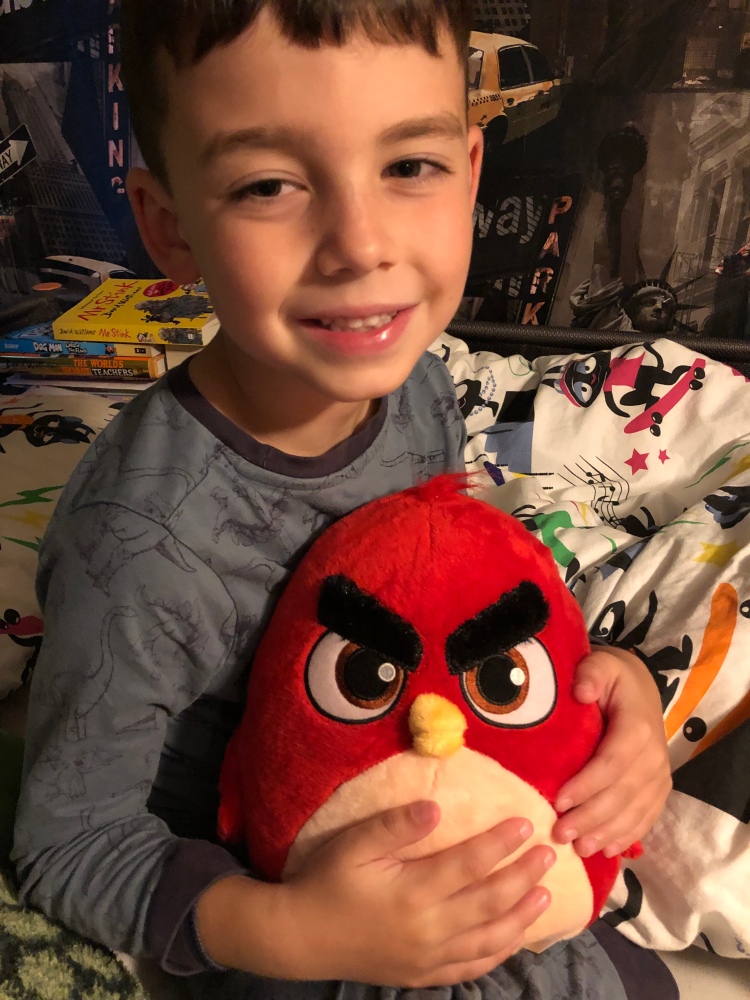 The fun doesn’t stop there though! We downloaded the Angry Birds app and unlocked exclusive games by scanning the packaging on each toy. Joshua thought this was brilliant fun and has had a great time exploring the app.

You can check out the full range of Angry Birds toys from Jazwares.com right here!

We were kindly sent these toys in exchange for an honest review, all views are mine and Joshua’s.