It was lovely to visit Fletcher Moss Park again. This time it was without the kids! Grandma was babysitting and me and my husband headed to the park in Didsbury to see the Heartbreak Productions adaption of Much Ado About Nothing. 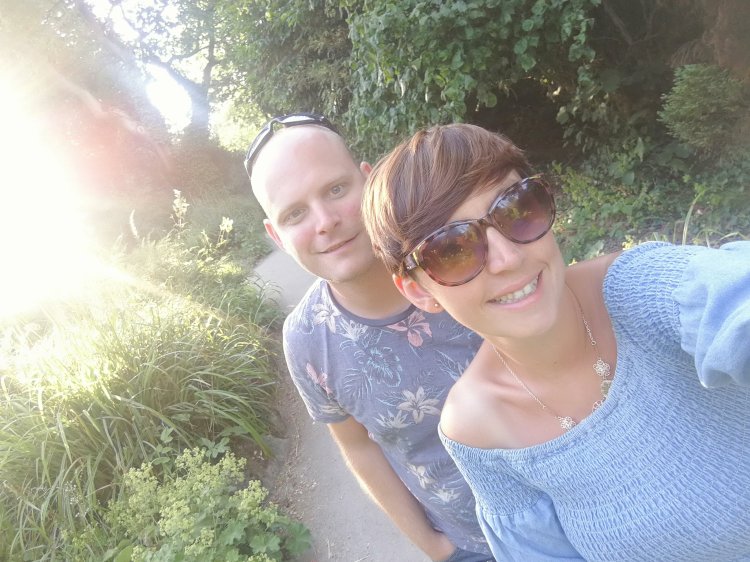 Armed with our picnic blanket, our afternoon tea boxes and even a bottle of fizz, we found a great sunny spot close to the stage. The cast explained how the performance would be performed in the round, so there wasn’t a front or a best spot to sit! This sounded exciting! 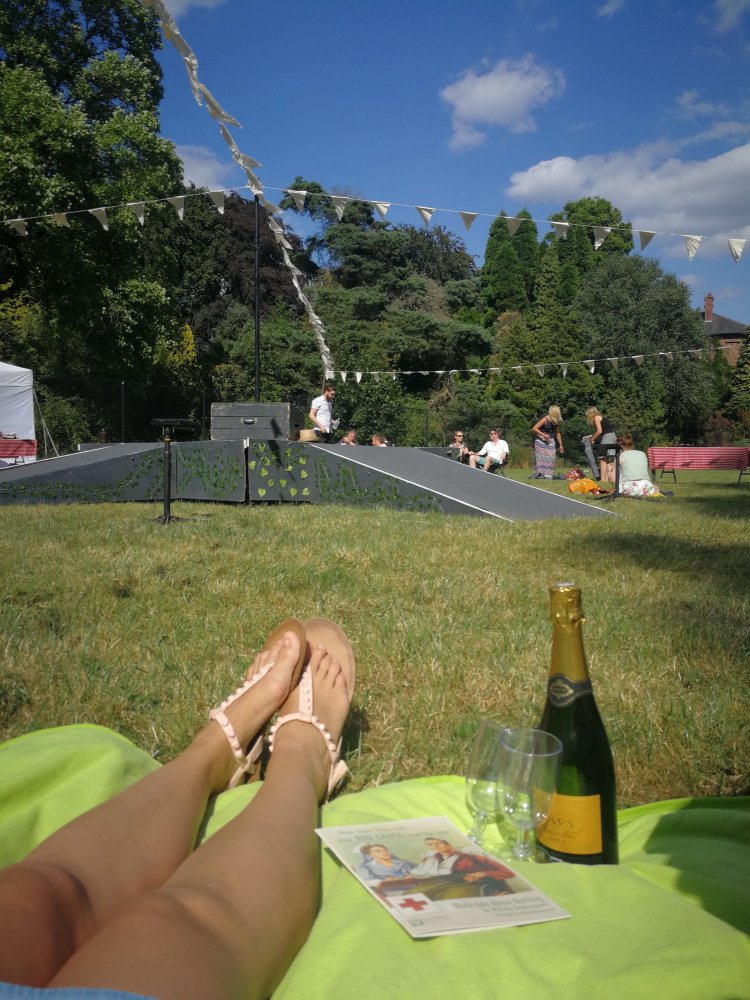 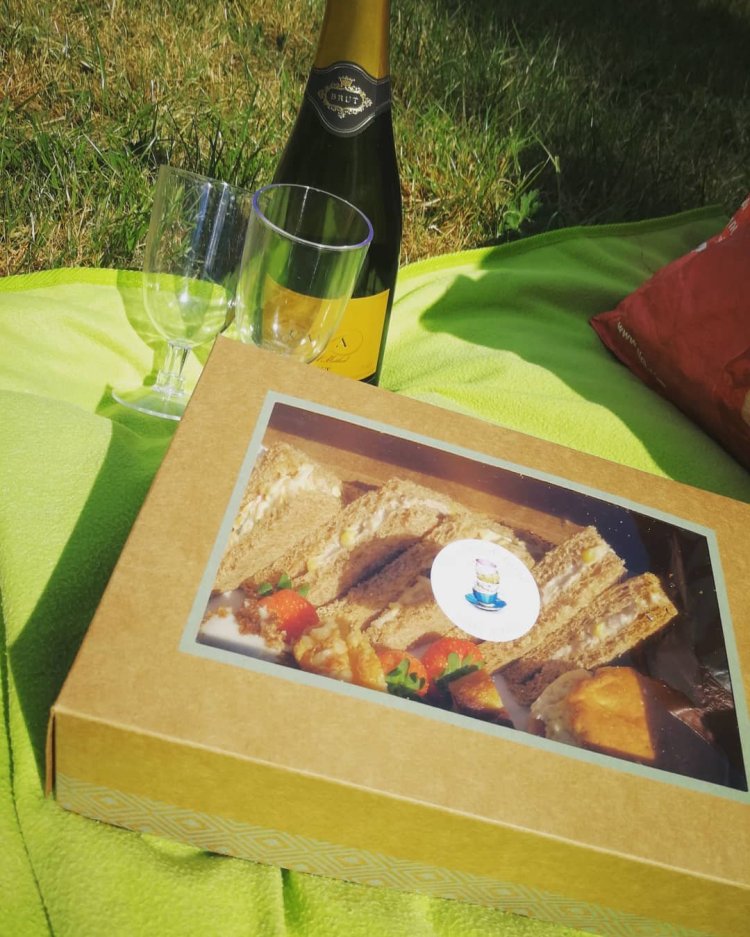 The performance begins at the end of the war and it sees local villagers putting on a show at the local village fete. They are hoping to raise money for The British Red Cross and that’s where the re-telling of Shakespeare’s Much Ado About Nothing starts.

Plot: As they return home from war, Benedict and Claudio fall in love with Beatrice and Hero. For one couple it’s love at first sight, for the other couple, well, it’s not so much!

Much Ado About Nothing is Shakespeare’s most most frequently performed comedy, however I was unfamiliar to it.

The show is full of deception and gossip but also there’s plenty of laugher and love. 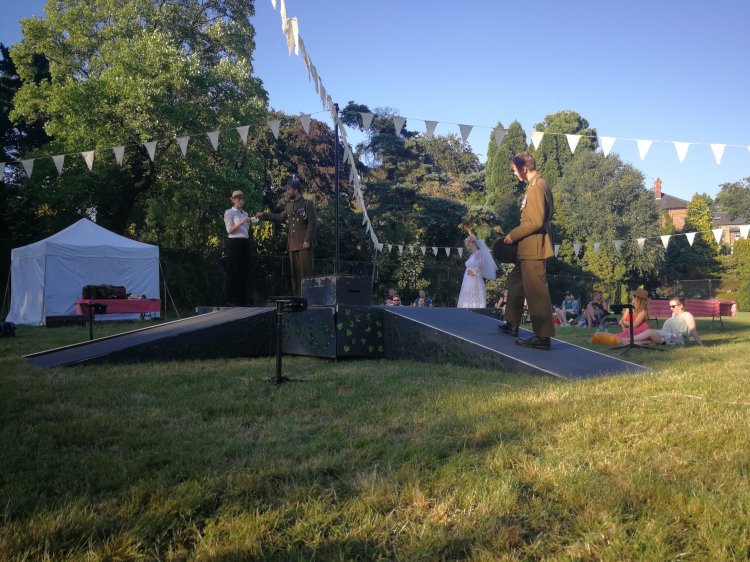 As the show isn’t performed on a conventional stage and the cast move around, there was plenty of audience participation. There were times where the cast were sat with the audience or crawling behind them. 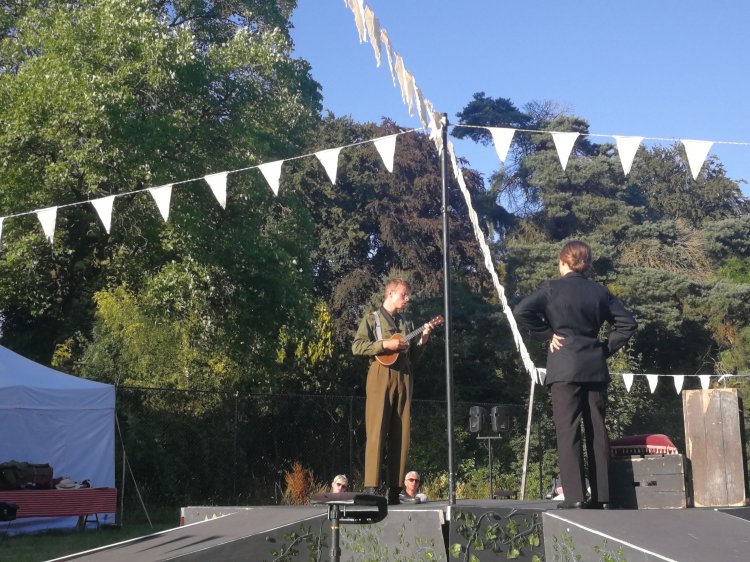 The whole performance was fantastic and we had a lovely evening. I haven’t heard or seen any of Shakespeare’s work since I was at high school, but me and my husband thoroughly enjoyed it.

There’s still chance to catch an outdoor performance at Fletcher Moss Botanical Gardens this summer. Performances coming up are Pride and Prejudice and The Railway Children. More information about tickets can be found here.